Sexual abuse is a trauma that has been described as the 'killing of the spirit'. Although survivors of sexual abuse and incest have many strengths, the aftereffects of sexual abuse can often affect every aspect of life. Because sexual abuse is extreme trauma, people respond in extreme ways. There are four basic areas of women's lives that are usually affected:

Trust
Survivors of sexual abuse either trust everyone with no discretion, or trust no one at all. Both extremes stem from the betrayal of trust that is inherent in sexual abuse. Some people fluctuate between both extremes. They trust until they are betrayed, then they stop trusting altogether for a while, then they trust everyone again. This is a replaying in our present lives of the abuse scenario.

Control
Survivors of sexual abuse either believe they have no control at all over their life circumstances, or they are 'control freaks'. Both extremes stem from the helplessness and hopelessness inherent in being out of control of the sexual abuse.

Boundaries
Survivors of sexual abuse either have no boundaries around themselves, or giant stone walls around themselves. Due to the violation of boundaries inherent in both physical and sexual abuse, these extreme responses often occur. It is difficult for some survivors to let themselves be known. People may feel exposed, too vulnerable, transparent, or invisible in the world.

Sexuality
Survivors of sexual abuse are often either asexual or promiscuous. Some people fluctuate between these two extremes as well. If a survivor allows herself to be sexual, she may need to self-medicate with alcohol or drugs, she may reexperience her abuse, or she may not be able to feel pleasure. To some women, touch is painful. To some, the sexual behaviors that are expressed in a loving relationship may replicate the abusive environment. Still others may have flashbacks during or following sex. Some may even be able to leave their bodies and not be present while lovemaking occurs.

A very valuable Incest Survivors' Aftereffects Checklist is available in E. Sue Blume's book entitled Secret Survivors. It details many more of the extreme behaviors that may be aftereffects of this type of abuse.

There are 12-step groups for survivors and a wonderful website to visit which describes them: www.siawso.org.

Therapy can also be a very effective means of healing from sexual abuse and overcoming aftereffects. However, walking into a new therapist's office alone, and having that person close the door behind you and expect you to be vulnerable can in itself feel like a replication of the abuse. A therapist with expertise in treating survivors can create safety for women who want to heal through therapy. Many survivors also experience symptoms of Post-Traumatic Stress, including panic, anxiety, flashbacks, body memory, avoiding places or events that remind one of the abuse, sleep disturbances, depression, anger outbursts, reexperiencing the abuse, phobias and startle responses. A therapeutic environment can assist survivors to alleviate all of their symptoms and move forward to live life to their full potential. 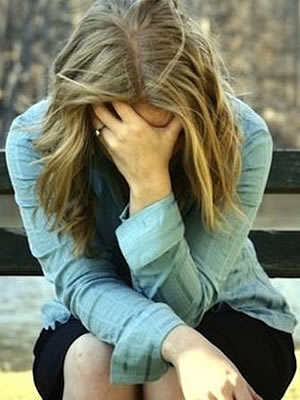